The Ultimate Modafinil Dosage Guide: Have You Been Taking The Wrong Dose?

What’s the optimal modafinil dosage? In this post, you’ll learn:

I’m writing about this topic because I’ve thought a great deal about the ideal modafinil dosage and have years of experience taking modafinil under my belt. 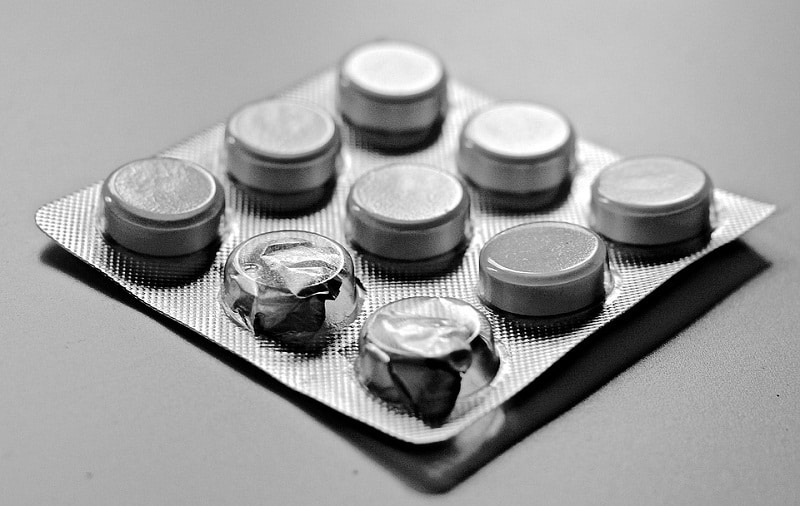 How did the FDA decide that 100/200 mg were appropriate dosages of modafinil? These decisions are usually made in phase 2 clinical trials.

The optimal dose of a drug is:

“A dose that is high enough to demonstrate effectiveness in the target population, yet low enough to minimize safety concerns and adverse effects.”

The fact that 200 mg is the most commonly prescribed dose of modafinil likely comes frorm a phase 2 study of modafinil’s efficacy and safety by Nagaraja and colleauges in 2002[1]. The authors enrollled patients with narcolepsy and treated them 200 mg, 400 mg or placebo. Nagaraja et al. reported that after 200 mg/day modafinil for two weeks, patients’ fatigue improved. But the group treated with 400 mg did not separate from placebo.

Like any drug, modafinil dosages are standardized. But just because modafinil is only available in 100 mg and 200 mg tablets does not mean that you’re restricted to these doses.

To give you a sense of the level of variation we’re talking about, there are over 70 variants in the CYP2D6 gene, which influences drug metabolism.

The take home message is that there are myriad of genetic factors that contribute to inter-individual variability in drug response. So while modafinil is only prescribed in 100 mg and 200 mg dosages, that doesn’t mean that these are the ideal doses for you. I’ll develop this concept in greater detail in the section on Modafinil Titrations.

Some people at baseline are under-stimulated and prone to hypoarousal. They’re lethargic, inattentive, and lack a sense of urgency. Such people tend to be type B. On the other end of the spectrum, you’ll find naturally anxious, insomnia-prone and agitated people.

People have different baseline levels of arousal. Since modafinil modulates arousal, a 100 mg dosage might be too much for an already-anxious person. But if you suffer from narcolepsy, you might need a 400 mg dose to derive any therapeutic benefits from modafinil [2].

To cut to the chase: don’t assume that 100mg or 200mg modafinil is your ideal dosage.

Apart from pharmacokinetic variability, some people are low-dose responders and others are high-dose responders. There’s even a handful of people are entirely resistant to the effects of modafinil. Finding the right dose should be treated like an experiment. Under the guidance of a physician, you start at low doses (25 – 50mg) and titrate upwards until you reach a dose that maximizes the benefits of the drug while minimizing the side effects.

When most people wake up in the morning they’re cognitively sluggish. This sluggishness is called neural inertia or “a tendency of the CNS to resist behavioral state transitions between conscious and unconscious states.”[4] The morning is a great time to take modafinil because it helps overcome neural inertia by modulating attentional networks.

One downside of modafinil is its long half-life of 12-14 hours. The pharmacokinetics of modafinil are unideal because the modafinil that lingers in your body at night can interfere with sleep quality. It’s therefore best to take modafinil as early in the day as possible to reduce modafinil blood levels at night.

Despite the fact that modafinil lacks FDA-approval for ADHD, there’s substantial evidence for benefit:

At the end of the day, the FDA committee rejected the ADHD use-case for modafinil because of concerns over Steven’s Johnson’s syndrome (SJS)[8]. SJS is an extremely rare, life-threatening rash that can develop over the course of modafinil treatment. The FDA was understandably concerned about granting modafinil approval for ADHD because most of the patient population is comprised of children and adolescents. From NPR’s report on the subject: “Based on the known mortality associated with […] Steven-Johnson, we would expect from 25 to over 400 deaths to occur.”

Given the above evidence, it’s no surprise that psychiatrists sometimes prescribe modafinil off-label for ADHD. Modafinil has advantages over traditional psychostimulants. For example, unlike Adderall, modafinil is not neurotoxic and may even be neuroprotective[9][10].

The ideal modafinil dosage for ADHD is likely to fall within the typically prescribed 100 – 200 mg range.

ADHD is characterized by inattention and sluggish cognitive tempo. Hence, ADHD was originally described as a “reward deficiency syndrome.” Low-dose modafinil (e.g., 25-50 mg) is unlikely to benefit ADHD patients because at baseline they are understimulated and sluggish. However, I remain a big proponent of starting at the minimum possible effective dose and titrating upwards to find the “sweet spot.”

Some people suffering from narcolepsy may benefit from higher than usual modafinil dosages.

That’s the punchline of Hughes and colleagues’ study[2] that compared single-dose 200 mg, single-dose 400 mg and divided dose 400 mg in patients with narcolepsy. The authors found that a split-dose 400 mg regimen was superior to once-daily dosing for sustaining wakefulness throughout the entire waking day. Here’s an excerpt from the abstract:

The 400-mg split-dose regimen improved wakefulness significantly in the evening compared with the 200-mg and 400-mg once-daily regimen (both P < 0.05). The percentage of patients rated as “much improved” or “very much improved” with respect to evening sleepiness was 27%, 82%, and 80% in the 200-mg, 400-mg once-daily, and 400-mg split-dose groups, respectively. Adverse events were mild to moderate in nature and included headache, nausea, nervousness, dyspepsia, pain, and vomiting (all 6%). Some patients may benefit from 400-mg doses of modafinil taken once daily compared with 200-mg doses. A split-dose 400-mg regimen may be superior to once-daily dosing for sustaining wakefulness throughout the entire waking day.

Modafinil is the quintessential study drug. Thus it’s no surprise that people will be curious about what modafinil dosage facilitates studying.

A great paper by Brem and Battleday, entitled Modafinil for cognitive neuroenhancement in healthy non-sleep-deprived subjects: A systematic review has a great table on the studies investigating the effects of modafinil on cognitive ability in healthy volunteers. Here’s an excerpted version of that table:

You’ll notice that most studies use a modafinil dosage of 200 mg. However, even though most published papers use a 200 mg dose for cognitive enhancement, you may benefit from lower or higher doses based on your individual neurophysiology.