Modafinil: The Future of Neuroenhancement?

More and more research is suggesting that drugs such as Modafinil can act as neuroenhancers or ‘smart pills.’ At present, the drug is licensed by the American Food and Drug Administration (FDA) as a stimulant drug, used to increase wakefulness in patients of sleep disorders. This means that Modafinil has already had to pass a broad range of safety checks and in-human trials. What many users of the drug found, however, is that accompanying the state of wakefulness was enhanced levels of concentration, memory and focus. It was observations such as this that led to further investigation into Modafinil as a neuroenhancer not only for those with cognitive issues, but for healthy adults.

Initial studies showed promise, but results were often mixed. It was only in August 2015 that a team of Oxford and Harvard researchers conducted a review [ii] of the studies undertaken. The researchers found that in many cases, improper selection of cognitive tests had led to what is known as a ‘ceiling effect.’ In short, healthy adults would have naturally scored highly in many of the tests used, meaning that the effects of Modafinil were extremely hard to distinguish. 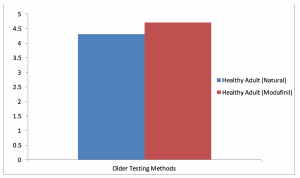 Discovering this, the researchers decided to use a much broader range of tests to examine attention, learning, memory and executive function. Using these more appropriate tests the impact of Modafinil was much more noticeable. 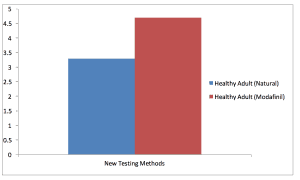 The differences were so pronounced that the researchers concluded “the infrastructure we currently use to assess neuroenhancement is inadequate” and that “we need to design, improve, and standardize cognitive testing regimes for high-functioning people.”

As study into neuroenhancers such as Modafinil advances, there can be no doubting the significance and potential that these ‘smart drugs’ could have on the world around us; accelerated rates of learning, better retention of information and improved cognition could lead to major breakthroughs in various other fields of human endeavour.

None of this is to say, of course, that there aren’t tricky ethical conundrums to discuss, specifically the potential for the usage of ‘smart drugs’ to become divided across socio-economic lines. Handled properly, however, the possibilities are numerous. If Modafinil, for example, allowed somebody to achieve five more hours work each week, that would be two hundred and fifty extra hours per year and more than ten thousand hours over the average working lifetime. Just take a moment to imagine what Einstein or Edison might have done with an extra ten thousand hours.